The main structure of the hotel was built in the second half of the 13th century. The building on Františkánska Street is registered as a National Heritage monument in the Slovak Republic. Because of the house’s different building stages, one can follow the historical and architectural trends as well as the artistic and aesthetic changes in the different eras.

Františkánska Street, where the building is located, was originally a road leading up to Bratislava Castle, and hence buildings were constructed on only one side of the street. These original buildings included the Franciscan Church with the Chapel of St. John the Evangelist, the monastery garden and the Franciscan monastery itself. In the first part of the 15th century, the area slowly developed into an area for craftsmen where stonemasons, knife grinders and coopers performed their trade alongside the city wall.

Inside the building, one can find fine works of wrought iron from the Renaissance, Baroque and Classicism eras. Archaeological research has revealed indications of a Roman settlement at the site, and objects from the 12th and 13th centuries have been found on the hotel grounds.

Located in a 13th-century building in Bratislava's Old Town, this 4-star boutique hotel is only 50 metres from the Main Square and the Old Town Hall. It offers free WiFi.

All rooms at Hotel Arcadia have marble bathrooms with heated floors, air conditioning, satellite TV, and tea and coffee-making facilities. They are equipped with antique furniture. Some offer views of the Franciscan Church or the Bratislava Castle.

The Arcadia Hotel’s spa area includes modern exercise equipment, a sauna and a steam bath. A public underground car park is provided for a surcharge.

A simple concept of the menu is served in the elegant restaurant L'Olive.The stylish Library Bar features a fireplace.

St. Michael's Gate is only 100 metres away from Hotel Arcadia. The business districts Tower 115, Apollo and CBC Tower can be easily reached. 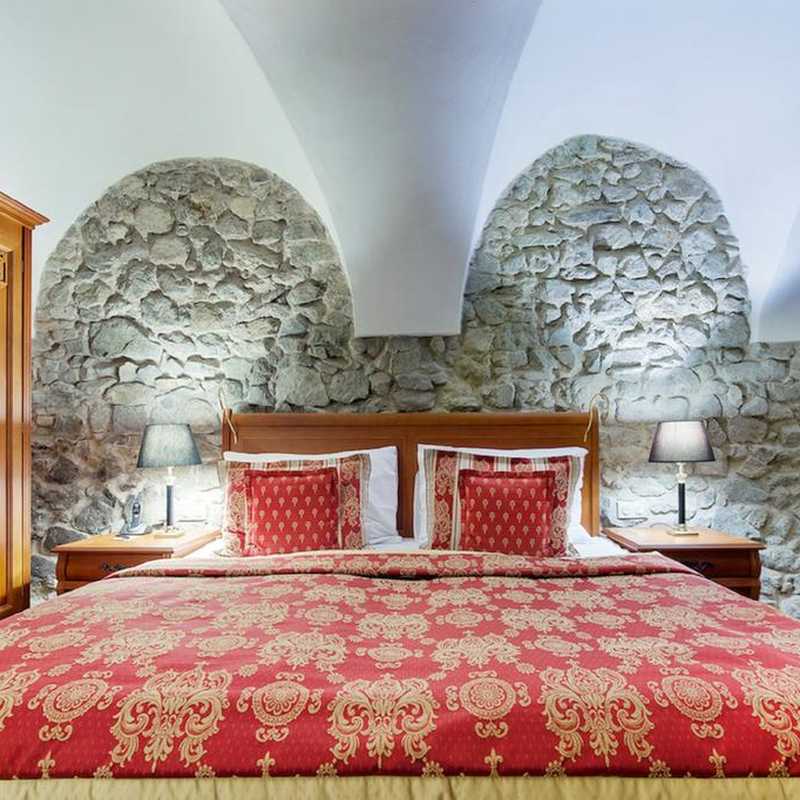